Everything we know about Super Smash Bros Online Features

The online features for Super Smash Bros as far as I’m aware of have been a bit a of mystery. No one knew how online play would be implemented with Nintendo’s online infrastructure besides actually having the ability of play with friends and play with total strangers. That being said, Nintendo has given a great amount of detail about it that should help settle some weary Smashers. 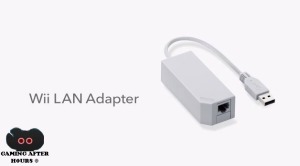 Both versions will feature online play but Nintendo explains that a good, solid connection is an important variable to consider if you are looking for a smooth gaming experience. Nintendo also suggests for the Wii U version that you should consider getting the Wii LAN Adapter for an optimum connection.

In comparison to wireless connection, having a direct connection helps maintain a smooth connection since they won’t have any interference with other electronics and it directly communicates with the select the modem (e.g. Wii U to modem). It is far more stable than wireless.

Everyone remembers how choppy the Brawl was online, though players would able to choose stages and customize their matches, this led to extremely laggy connections if you were playing with an unknown opponent from other parts of the world. This was a huge problem for many who were looking to play online. There were many limitations that Nintendo was never able to address do to how the their chosen online infrastructure, Nintendo Wi-Fi Connection.

With the Nintendo Network at their disposal and , they are able to have far more control over what happens online and a superior connection all around with robust features that’s uniquely Nintendo. There will be two options for the player to choose from called “For Fun” and “For Glory,” that you’ll be able to play with random unknown people on the Nintendo Network. These modes are tailored made different online experiences in mind. The online mode, “For Fun,” has all the items enabled plus all items and power-ups with each having a chance of appearing. This mode will be a typical mode for traditional Smash Battles. Additionally it will  only record your wins and you’re stages will be selected at random but you fight on Final Destination since that is reserved “For Glory.” 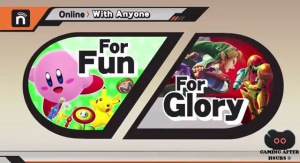 In the “For Glory” mode, the only stage that will be available is Final Destination, where all items are turned off. There will be no platforms or elevated areas on this stage. Both your wins and losses will be recorded and you’ll be able to play 1 on 1 for smashing superiority. Interesting enough, it seems that the concept of “Final Destination” has also been implemented through many of the stages. Though it is unclear if this is for both modes or just “For Glory.”

Playing with your friends gives you even more options, such as stock battles with no time limit and whatever stage you desire. It’s you and your friends where you can set the rules to however you’d like. Hopefully there will be an option to choose which items you want and how often they’ll drop. 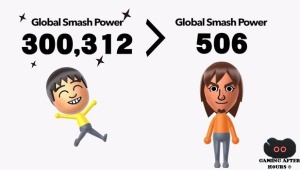 Another online feature will be a “scoring competitions” that will be part of your solo experience. The mode is call “Global Smash Power” where the bigger the stat of your smash power is a reflection of the strength of the player. It basically hows how you compare to other players from around the world.

With the Nintendo Network, players will have their Nintendo Network ID displayed for all to see as they find matches online. There will also be some form of “Code of Conduct” in place for reporting troubling players who abuse the amusement of others. If abuse happens, could result in players being banned for an unknown amount of time.

For even more thing Smash, follow Gaming After Hours