Nintendo: A new legend is upon you in a new “A Link Between Worlds” commercial 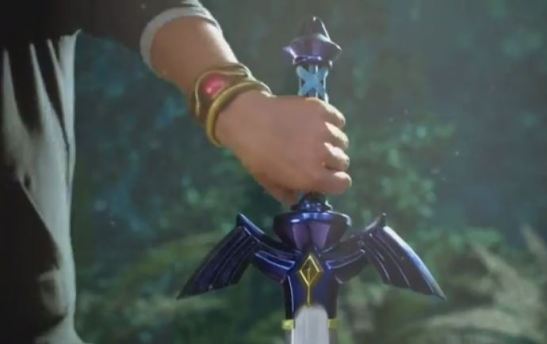 You have to wonder what significance that bracelet has and how much of an impact it’ll have on the game.

Behold, a new legend is upon us and only the you have what it takes to overcome this new evil. “The Legend of Zelda: A Link Between Worlds” commercial is not only effective but it also seems to share some similarities with the older commercials of “A Link to the Past.” And rightfully so, what’s a better way to work on your nostalgia than to use the similar style from the past.

Both commercials share very elaborated staged with person attempting to reach the amazing Master Sword. But one has to has to wonder what significance that bracelet has and how much of an impact it’ll have on Link’s new adventure.

To become legend, you must be willing to risk everything. There is no challenge you can’t over come? No danger, you can’t escape. And no dungeon, you can’t solve. You can use Link’s new powers in an all new adventure to cover Hyrule’s ancient dungeons , “The Legend of Zelda: A Link Between Worlds.”

The Legend of Zelda: A Link Between World will be available on both the Nintendo 3DS and Nintendo 2DS retail on November 22. For those who don’t mind missing the feeling of something tangible, you can download the game on the Nintendo eShop as well.

This entry was posted on 11/11/2013 by Byungsuk Kim in Handheld, Nintendo and tagged Legend of Zelda, Link, Link Between Worlds, Nintendo, Nintendo 3DS.