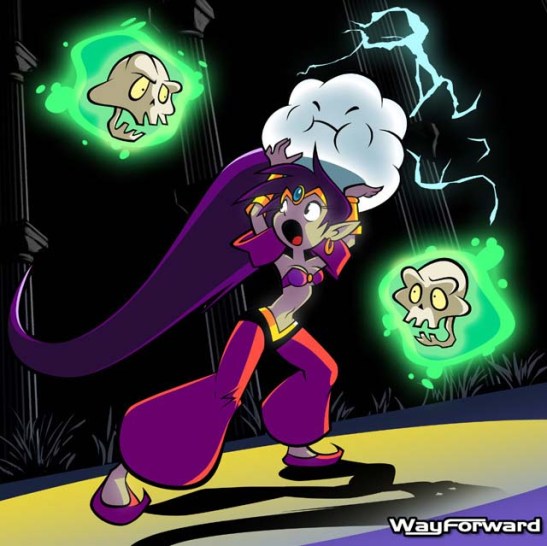 Nintendo has announced on June 9 that Shantae is going to be on the Nintendo Wii U and the Nintendo 3DS/2DS. Shantae’s first gaming appearance came out in 2002 on the Game Boy Color developed by WayForward Technologies and published by Capcom and hasn’t heard from since. Twelve years later and Shantae is back in a new title called “Shantae and the Pirate’s Curse” and it will be coming out in late summer 2014.

The Wii U version of Shantae and the Pirate’s Curse will feature HD artwork and will support off-TV play on the Wii U GamePad. Additionally, both the Nintendo 3DS and Wii U versions of the game will also support touch-based inventory management and a real-time map displayed on the second screen.

This entry was posted on 06/09/2014 by hershey101 in Handheld, Nintendo and tagged Nintendo, Nintendo 2DS, Nintendo 3DS, Shantae, Shantae and the Pirate’s Curse, Wayforward, Wii U.