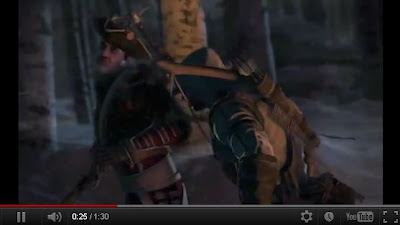 Take a look at the new Assassin’s Creed III Trailer. Once you see it, we know you’ll be blown away just as much as we were. Come on, you know you want too.

Just in case you find yourself confused at the end of the video as to why they they didn’t show the Wii U as one of the platforms that the game is being released on . Keep in mind that we don’t know how far in development Assassin’s Creed III has been in development for the Wii U. We don’t even know if the Wii U version will be released on the same day as the PC, Xbox 360 and PS3. Chances are, the Wii U version will get its own promotional ads once its completed with its own special content. But that’s just a guess on our part.