Director of Mario Galaxy 2 says it be difficult to imagine. 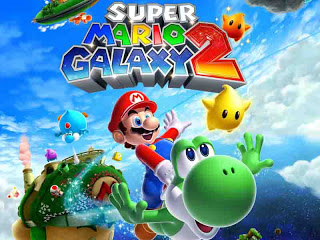 The director of Super Mario Galaxy 2, Koichi Hayashida, says that it would be difficult for Nintendo to make another follow-up to the Wii masterpiece (Super Mario Galaxy 2) using past Galaxy ideas though they had enough idea’s that was left over from the first Galaxy game to warrent a sequal, Hayashida suggested that Nintendo had achieved everything they wanted.

“When we worked on Galaxy 1 we came up with a mountain of ideas, said Hayashida. “Of course, the ideas that made it in to the final product were the ones at the very top. Those ideas that were most compelling or could be implemented most easily and effectively. The other ideas were a little bit rougher. Ideas we weren’t positive that’d be as effective, or might have been much more difficult to include.

When you think about trying to make a game like Galaxy 2 from that large group of ideas that we had already decided were on the rough side, that becomes a very difficult project. The only way that we got through the development of Mario Galaxy 2 was by coming up with entirely new ideas. I think of that as a very challenging project when I look back on it.

From that perspective, to say we’d make another game using the ideas left over from Galaxy 2, it’s very difficult for me to imagine. I feel like we really did research the field very well for possible ideas and we used everything that was reasonably easy to implement.”