Masahiro Sakurai speaks about the new entries in Smash 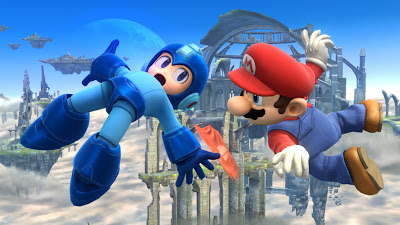 We all love the Smash series and it’s we all love to hear exciting news from Smash creator, Masahiro Sakurai. It’s not surprising to find that he wants all his characters to stand out and the addition of “The Villager and Wii  Fit Trainer” is no expectation. It’s also comforting to know that Sakurai doesn’t want to add characters for the sake of adding them. Here’s what Masahiro Sakurai had to say

“I’m writing this around the end of the first day of E3,” he wrote in his regular column. “It’s about 3 a.m. local time and my eyes are about to shut themselves on me.”

Undaunted, Sakurai soldiered on, devoting most of the column to his reasoning for choosing the three new characters revealed at E3: Mega Man, the Animal Crossing villager, and the Wii Fit trainer. “A lot of people understood Mega Man,” he wrote, “but they kept asking me, why did you go for the villager and the Wii Fit trainer? Neither of them are fighting characters, certainly. In fact, we had previously removed the villager from Super Smash Bros. Brawl in the planning stages because he wasn’t suited for battle.”

The director explained the more unlikely choices by discussing the core behind what makes him decide whether a character is suitable for Smash Bros. or not. “Something I think that people noticed in the movies and screenshots released,” he wrote, “is that the villager and trainer were not choices we made for the sake of cheap novelty. Each has their own unique attacks and battle strategies, and they make the game more interesting. If I have an image of a character in my mind that dances around and jibes with what I want, then that’s the most important thing. On the other hand, even if you have a character suited for a fighting game, if you can’t make him stick out from the pack and extract something unique from him, then what can you do?

That even applies to Mega Man, which is a much more obvious selection. On the surface, at least. For Mega Man as well, if all we cared about was who we could get in the game, then he would just have regular old punches and kicks, like how he largely does in the Marvel vs. Capcom series. But Mega Man’s most unique trait is how he gains new attacks from bosses. Working that fully into the game results in a more complete Mega Man that we can give you. That’s why he’s done up in NES-era proportions rather than something more realistic; that’s why he’s a little expressionless; that’s why his jumping and damage motions and the way he can fire the Mega Buster while walking are all what they are. It’s all in an effort to present the character.

Making a game by yourself is one thing,”Sakurai concluded, “but if a lot of people are involved, retaining a unified direction is vital. Every member of the team has their own vision of Mega Man that springs to mind instantly when they think about it. However, as long as the original image you construct remains firm, then that can survive a few discrepancies without the character falling apart. So what’s key in character selection is whether the guy dances out at you, and whether you have what it takes to portray that appeal.”

For all things Smash Bros