Reason for Swapnote termination – Just blame it on 3 men 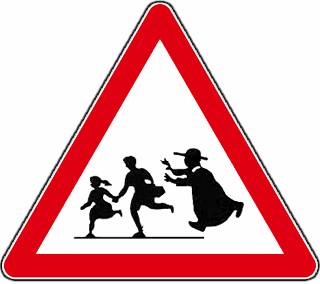 As previously reported, Nintendo has discontinued its Nintendo 3DS messaging service do to offensive material. Details have emerged from Japanese publications that explain in greater detail as to the probable reason for why Nintendo decided to terminate their Swapnote service. This is unfortunate for those who grew attached to the Nintendo 3DS Swapnote service.

According to the information provided, two men the Nintendo 3DS to access online dating services used its online ablities to convince young 12 year old girl to meet them on more than one occasion.  These men in question, who were later arrested, are of age 36 and 49.

Another man of age 44, was charged with child pornography when two girls of age 11 and 12 sent  nude photos through the Swapnote service.

For those who were wish to express their opinion about the parents should be aware that they “turned off the 3DS’s internet function, but the children had turned it back on.”

So there you have it,  Nintendo 3DS users can at least blame three men for Nintendo’s decision to terminate the 3DS Swapnote service. It took three men to ruin it for millions of others.

“Nintendo stopped the SpotPass feature of Swapnote in our ongoing efforts to provide a positive experience for all consumers and limit the risk of any inappropriate activity or misuse of a service.”

It wouldn’t be surprising that the reason why Nintendo decided to discontinue Swapnote service is because they feel partially responsible. The question is, how was Swapnote designed? It is very likely that Swapnote was never built with any kind of filter to pluck such content out. The Nintendo Network is still young and is constantly being improved upon. Nintendo did mention that with the Miiverse, all messages being sent within its (console) network will be viewed over before they are made available for the public eyes.

At the time of Swapnote’s conception, it is very possible that no such filters existed. Hence, one of the reasons why Nintendo decided to end its messaging service. If and when Nintendo decides to add such service, you can bet that a content filter will be applied.

This entry was posted on 11/21/2013 by Byungsuk Kim in Handheld, Nintendo and tagged Nintendo 2DS, Nintendo 3DS, Nintendo Network, Swapnote.