Tales of Symphonia Chronicle – Coming to PlayStation 3 on February 25th 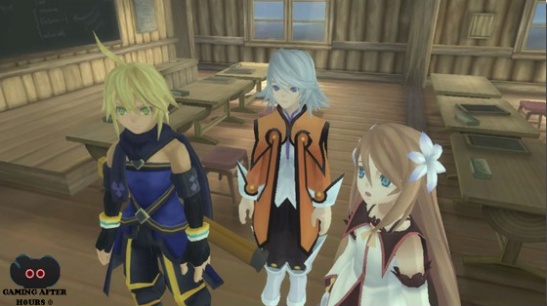 The producer of  the Tales series, Hideo Baba from Namco Bandai Studios Inc., trinkles bits of information about upcoming titles. With two other Tales underway, it’s quite exciting news for those who hold this wonderful franchise so close. Tales of Symphonia and Tales of Symphonia: Dawn of New World will be presented in gorgeous HD and are both coming with added content. Both games will packaged under together and under the title, “Tales of Symphonia Chronicles.

On an added note, Baba took the time to thank fans for their support and welcoming new fans to the series:

“The Tales team has been working hard to strengthen our relationship with overseas fans over the past few years, and we’ve seen the fruits of our labor with the success of Tales of Xillia — which has sold over a million copies worldwide. The Tales team would like to thank all of the Tales fans around the world for their continued support, and extend a warm welcome to new fans to the series as well.”

Tales of Symphonia Chronicles will be available on February 25th, 2014 for PS3.