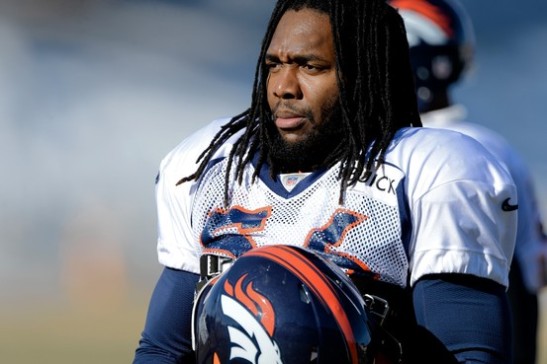 Every man needs something to escape from so why not Pokemon

One might be inclined to think that anyone who plays football would be out with his teammates and going to parties, but not Broncos linebacker Nate Irving: He stays in his Jersey City hotel room and, for three hours a night, try to capture Pokemon.

Irving, 25, has no desire to leave the Jersey City Hyatt and visit Manhattan. “I’m actually going to sit in my hotel room, play my ‘Pokemon’ game,” he said. This doesn’t surprise his teammates, who say he must be the nerdiest player in Super Bowl XLVIII. “He does little weird things,” said Broncos defensive end Robert Ayers.

Irving takes his Nintendo handheld system on road trips so he can play “Pokemon” on the planes and buses. Even though he enjoys playing, he doesn’t really want his teammates to see him doing so. “I try to hide it from them,” Irving said, “like bend over in the seat, like I’m asleep, or play with my head down.”