Explore the world of Hyrule in First Person

With new technology comes new possibilities , Nintendo is no stranger from this as they’ve done this many times over. Releasing old games in unique and fun ways. This time around, someone other then Nintendo took it upon themselves to bring the original “The Legend of Zelda” from the NES and turn it into a first person. Developer Ubiquitron is working on a first-person remake of Nintendo’s 1986 classic that can be played on Oculus Rift. 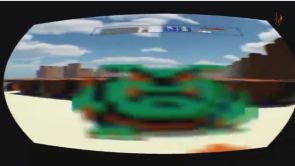 The game is titled, “The Legend of ZeldaVR,” and it has become in beta form.  The video looks a little off putting but that’s to be expected. After all, it’s build is in its beta stage. Regardless, the game looks very enticing and worth peek. As it currently stands, the game allows you to explore the games amazing overworld of Hyrule and even a dungeon. Obviously, this isn’t an actual game that’s being developed by Nintendo so it makes sense that this Zelda adventure will be free of charge to help avoid any legal repercussions . The full version is expected next month on both PC and Mac

For all things gaming, stick it here at Gaming After Hours

This entry was posted on 02/22/2014 by Byungsuk Kim in Computer, Nintendo and tagged Classic, Famicom, Nintendo, Oculus Rift, The Legend of Zelda, Zelda.