By now, the majority of Xbox One owners will have bought and love Titan Fall. Though a good game, it is not without faults. To be honest, the Xbox One has not had the chance to settle with a variety of games but if you’re in the market for a fast paced multiplayer experience, then Titan Fall is for you. The spoiler free story of Titan Fall revolves around two warring factions who decides to build mechanical contraptions called Titans. Titans are normally introduced in the battlefield when a player has accumulated a certain amount of points from either, killing players or bots.

Stand By for Titan Fall: 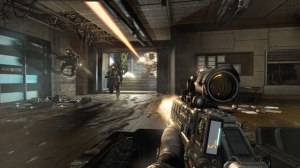 You will most likely enjoy the Titan Fall experience if you like multiplayer shooters because at heart, that is what the game is: Multiplayer!. For a game that drops giant mechs on a battlefield, Titan Fall feels incredibly balanced. Pilots movements are based on a parkour type system while allows them to be fast, agile and unpredictable. Titans on the other hand will feel how you expect a giant mech to feel and they are extremely deadly but not indestructible. Every pilot has a weapon capable of taking down the mechs and the average player will most likely take down several mechs per game.

Though, i did not touch on many aspects of Titan Fall such as player loadouts and different gameplay modes, the game remains a welcomed addition and must own title for Xbox One owners. Through future updates and dlc, this game will be played for many years to come.