The PC Version of Titanfall is MONSTROUS (48GB)! Why is that? + Minimum System Requirements 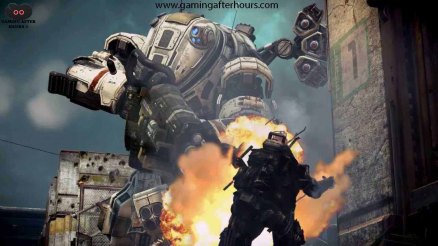 It may come as a surprise to some that the PC version of Titanfall is quite larger than most games as far as the total amount of data that accompanies it: being roughly 48GB. Games aren’t normally of that magnitude and hardly reaches that size.

So why is the PC version of Titanfall so monstrous? Especially since the Xbox One version is roughly 17GB.

According to developer, Respawn.

The reason why Titanfall on PC is so huge is because you have to install 35GB of uncompressed audio. Traditionally, compression is applied to games in order to fit within the limitations of the given format.

Respawn lead engineer, Richard Baker, explained that this was do with the developer engineering the game’s data to work with less than capable hardware. When audio is uncompressed, it allows the hardware to run faster for those using weaker systems.

As for the Xbox One version, this is not the case since the console has an audio decoder built into the hardware.

“Yeah, basically when you download the game or the disc itself, it’s a lot smaller than that,” Baker replied when asked about the PC version’s 48GB install.

“We have audio we either download or install from the disc, then we uncompress it. We probably could have had audio decompress off disc but we were a little worried about min spec and the fact that a two-core machine would dedicate a huge chunk of one core to just decompressing audio.

Titanfall’s minimum specs are extremely light. They are as follows:

From a technical point of view, this is a very clever way to go about handling the sound. With the audio uncompressed, this allows computers to focus its resources on other aspects that the game needs to run smoothly. Generally speaking, audio must be uncompressed before it can be used. Having it uncompressed alleviates the computer from doing the uncompression itself. Think of it as removing the middle man.

For even more about Titanfall and Microsoft

This entry was posted on 03/13/2014 by Byungsuk Kim in Computer, Microsoft and tagged PC, Respawn Entertainment, Richard Baker, System Requirements, Xbox 360, Xbox One.