Playing Super Mario 64 may have beneficial effects on the brain 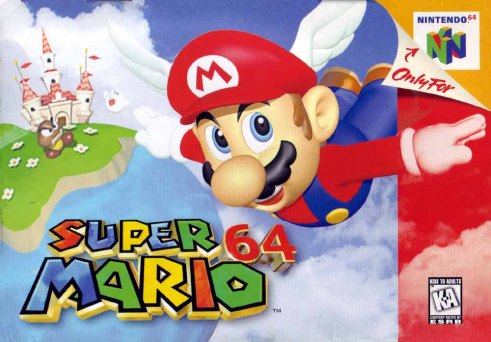 According to a study at the Charité University Medicine St. Hedwig-Krankenhaus and Max Planck Instiute for Human Development on the effects video games have on the brain. Gaming can lead to increase in the size of different regions of the brain such as “memory formation, spatial orientation, strategic planning and fine motor skills.” Also know that the study also suggests that video games could have a therapeutic benefits that help “treat psychiatric disorders such as schizophrenia and Alzheimer‘s.” This in turn helps certain regions of the brain that decreases in size over time.

This study that should be of interests to many is the part where the study talks about adults who played Super Mario 64. These play sessions lasted for 30 minutes each day and were conducted within a two-month period. Apparently when compared to groups who did not play video games, there were “changes in brain volume.” Participants who played [Super Mario 64]  showed an increase activity in the right hippocampus of the brain. This part of the brain is located in the prefrontal cortex and the cerebellum. Changes in brain volume were measured by magnetic resonance imaging (MRI) These changes where even more impactful when the participants reported more desire to play the game.

According to study leader Simone Kühn, senior scientist at the Center for Lifespan Psychology at the Max Planck Institute:

“While previous studies have shown differences in brain structure of video gamers, the present study can demonstrate the direct causal link between video gaming and a volumetric brain increase. This proves that specific brain regions can be trained by means of video games.”

To better understand the effects that gaming have on mental health, plans for a “follow-up studies to generate a better understanding of these effects” are in underway and the Institute says “its research into gaming as a treatment for post-traumatic stress disorder.”