Information about the Nintendo Switch

Today we finally learned about Nintendo’s new hardware called the Switch. So far we learned about the price point, launch date and the general idea of what the Switch is.

In typical Nintendo fashion, the system will allow you play a game in multiple ways such as on the TV when the Switch is in its docking station and in handheld mode where the system can be carried off and played on the go. The more unique play style is called table top mode where you detach the system’s Joy-Cons for local multiplayer and each player uses the Joy-Cons as independent controllers.

The Nintendo Switch allows up to 8 systems to communicate with each other locally. This allows each player to have their own viewpoint of the game instead of sharing a split-screen that divides the action. Naturally if you have more than players than Switch systems, split-screen is an option.

Nintendo Switch will have a worldwide release on March 3rd and will retail at $299.99. 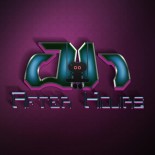 This entry was posted on 01/13/2017 by Byungsuk Kim in Gaming After Hours, Nintendo, Switch and tagged Nintendo, Nintendo Switch.