It’s Official! Minecraft IS COMING to Wii U! 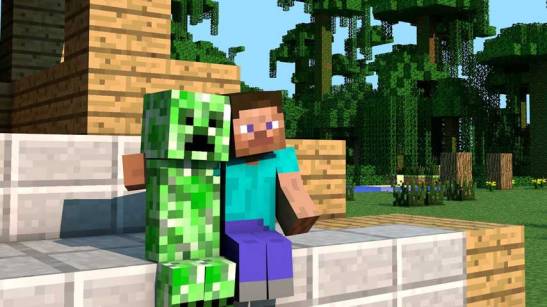 It seems that Mojang Minecraft will finally make its debut on the Nintendo Wii U. Originally, the Pan-European Game Information Association, or PEGI placed the game within their system but it was shortly removed days later.

Currently, neither PEGI or the ESRB have Minecraft: Wii U Edition listed on their websites but Mojang has now posted within their “recent posts” section that “Minecraft coming to Nintendo Wii U.”

Minecraft: Wii U Edition will be available for you to download on the eShop and it’ll include six of Mojang’s most popular add-on packs. There will be a Festive mash-up as well.

It will be available to download on the eShop, and comes bundled with six of our most popular add-on packs. There’s even a Festive mash-up included just in time for the holidays.

It is also worth noting that more content packs will added as time goes on much like the other platforms that Mojang supports. If you are familiar with how the company has supported their core game before, you can expect the same kind of dedication. Also remember that the game will feature off-TV play but at the time being, it won’t allow you mange your inventory on the Wii U GamePad.

@Bopogamel hey, in minecraft wii u, will inventory management be available on gamepad? Excited by the announcement 🙂

@jimmyhizz Not at the moment, sorry. It’s just used as an alternate screen if someone is using the TV. Would be cool though. 🙂

Minecraft: Wii U Edition will be released on the Wii U eShop on Dec 17, 2015 just in time for Christmas.

This entry was posted on 12/09/2015 by Byungsuk Kim in Gaming After Hours, Wii U and tagged Minecraft, Nintendo, Wii U.