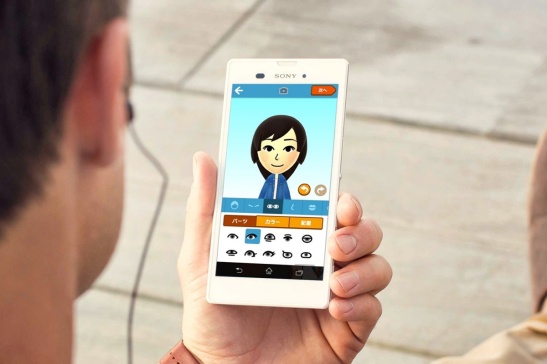 A new era has arrived for Nintendo, where they boldly venture past their stance as a video game entertainment company and broaden scope within the interactive world of social media. Their first step into this new world is called, “Miitomo.” Nintendo’s first smart device app and along with it, Nintendo’s new reward program called, “My Nintendo.”

Miitomo launched in Japan on March 17, 2016 and then the rest of the world on March 31, 2016. Miitomo less of a traditional video game typically associated with Nintendo and is more of a social application where users indirectly communicate with each other by answering a wide range of questions over a multitude of subjects.

Users create a virtual avatar representing themselves in typical Nintendo Mii fashion. Mii’s can be created in a variety of ways either from scratch, snapping a photo,  QR code or from their existing My Nintendo account.

Currently, there is only a few ways to find and add friends to Miitomo. You can add friends from what appears to be something similar to the Nintendo 3DS StreetPass functionality where the Miitomo app uses your GPS location to search for near by Miitomo users. Though I have yet to find anyone this way. The other way is by linking the app to your Facebook and Twitter account.

Interesting enough, Miitomo has a rather robust photo system where you place your Mii in interesting and strange positions. It is affectionately called MiiFotos and users are able to place their Miis in backgrounds and use speech bubbles, text and items. You can place any of these in the front and foreground. But as robust as it is, its far more difficult than it should be. If you choose, you can share your MiiFotos on your social networks.

The new reward program, called My Nintendo rewards users by giving them three types of coins that can be used towards digital software. Miimoto Platinum Coins can be by interacting with Miitomo and completing daily missions. They aren’t difficult missions and can be earned within minutes. One way is by commenting  and interacting with other Miis and linking Miitomo to social networks such as Facebook and Twitter. Platinum coins can be heard by visiting the Miitomo website while logged into your My Nintendo account. Gold coins are earned by purchasing digital software through the Nintendo eShop.

The most common Nintendo and easily obtained currency at the moment is Miitomo coins. With it, you can purchase clothing like cat ears, pirate hats, socks, Nintendo themed outfits, all vary in price, but you can be used to dress up your Mii in unique and odd ways. Some more funny than others. If you can’t find the clothing you’re searching for, check back daily and see if its there or not. If you visit a friends home and find an item you like, you can buy it as well. Either way, it seems you’ll be able to get the clothing you’re searching for in more than one way.

Some items can also be obtained by a mini game that’s similar to pachinko machines that are popular in Japan. Where a pachinko machines drip small silver balls, you’ll be dropping random Mii friends and watch them drop where users will either win cloths, candy or even game tickets.

Miitomo can be linked to a users My Nintendo account where you’ll be able to earn Platinum and Silver Points. Once you gather enough, you can convert them into discounts for your favorite games and Nintendo digital swag. But as for right now, there isn’t any physical rewards yet.

“Initially, the focus is going to be on digital but we do have a lot of ideas for what roll out down the road for packaged goods or real world interactions. I think we’ll continue to look at My Nintendo and how we can grow that as a rewards program, so that it really is trying to encompass all the different touch points of how people come into contact with Nintendo products.”

There is much more to Miitomo than what is written so far and Nintendo promises that Miitomo will continue to evolve and change with more content and updates as time goes on. Nintendo is using Miitomo as a tool help reach larger audiences that don’t own Nintendo hardware. Miitomo is available for download on both Android and iOS.

This entry was posted on 04/03/2016 by Byungsuk Kim in Gaming After Hours, Nintendo and tagged Miitomo, Mobile, Nintendo.