A Non-Gamer’s View On Video Games 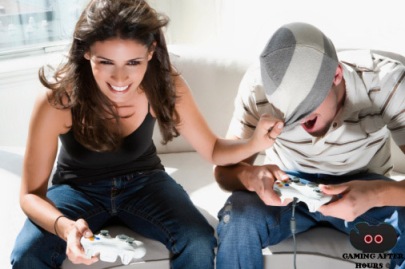 Stop it! I hate it when you yell at me.

I’m Summerskies2007, and I am a non-gamer girl in a relationship with a avid gamer. I might play Cooking Mama, and old-skool Sims 2 (my laptop is a hand-me-down and won’t play the newer systems).

There are Gamer Girls, and Girls Who Play Games, and Non-Gamers. Gamer Girls are neon-bright little creatures that run around pretending they are nerds, because Hot Topic says that is cool. They say they like retro games and have played them… apparently, when they were a fetus when most of them wasn’t but a twinkle in their daddy’s eye when most of the game systems they are claiming they played when they came out. Girls Who Play Games are hardcore girl gamers who can keep up with the boys. They are awesome, and can flaunt it because most of them have the street cred on the old systems.

Then.. there are the Non-Gamers. We are the girlfriends and wives of those who play games. We are everyday girls (and guys, they can be non-gamers too!) who sit next to you as you scream, yell, and throw a major hissy fit as you thrash about on the sofa while you play the latest and greatest game. We are the ones that are there for you with late night taco bell because you just had to stay up playing. What was it called?…. Yeah, the game with the thing. That one, the one with the giant spider and all those caves. How can that place have so many damn caves?? 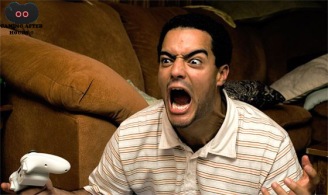 We love you guys, you crazy gamers… but darn it all… we just don’t get it

I walked into GameStop (or was it Game Shack??) to buy this game for my dear Boyfriend for Valentines Day. I stood, dumbfounded, in front of rows and rows of DVD-like packages. Spiky-haired heroes with dramatic eyebrows glared at me. Big-breasted, baby-faced princesses pouted, cleavage proudly on display. Some games announced their genre instantly. Creepy scenes for those scary Japanese horror games, cute Pedo-Bear bait girls for the guys that will NEVER ever get laid. I looked down at my note I had written myself. “God of War Super Pack” … what the hell was God of War? That was the game my Boyfriend wanted and said he really liked it? I looked over at Skyrim , expecting to find it near there. Was it a RPG? Or those online fighting games? Puzzle game, like Catherine?

I got help and bought it. It cost me nearly fifty dollars! WHAT THE HECK? So much for getting him new underwear and a geeky tee shirt. Game would have to do.

You guys spend this much on a game?  Is that normal? I thought they would cost like a DVD… maybe, I don’t know… ten, twenty dollars. (I know some people will laugh at me while they read this)

The game store is like another world to a non-gamer. There are different systems (I found out one year when I bought my brother a game for a PS2 and apparently he had a XBOX), different types. You might as well be trying to buy them underwear or something less personal then game choice.

Another thing, what the hell happened to multi-player games? I used to play on the old Nintendo 64 and the GameCube with my little brother… but now everything is online. It’s like you guys don’t want to have friends anymore. At least not friends that are in real-life. Why, guys?

And… from a girl non-gamer point of view.. I would totally love more “girlfriend characters” in games but we need something easy to get started. Most of us would join you if we had something cute, fun, and not scary. I know that came off as sexist… sorry. But, it’s hard to want to play a character when all video game girls are thong-wearing hoochies or damsels in distress, or Pedo-Bear Pedophile Asian girls with squeaky voices. Icky. No thanks! We want someone we can aspire to be. The bad-ass secret agent girl, the decently clothed ninja, the adorable girl fighter…. JUST PLEASE stop with the cleavage and perpetually bouncing boobies. I have a natural D cup  and I feel inferior to those gravity defying fun sacks. Or huge and ugly because my thighs touch, and Little Miss Asian Video Game character has thighs that have a gap you could pass your head through.

But… as you guys play your game, we love you. We love your stupid game posters that we don’t get. We love your tee-shirts announcing that the cake was indeed a lie (I don’t get it, but I love cake, and I hope to hell it wasn’t a lie). We love that you could buy us diamonds with all that you spend on your games. If you ever are dumb enough to break up with us, don’t think for a second we wouldn’t march our cute little asses down to the nearest game store and pawn all your shit, then go shoe shopping with all that money you spent when you should have bought us presents . We love your stupid memes about the unhappy cat, and that cat that is farting rainbows.

We love you, Gamer Boys and Girls

Thank you for reading