How Nintendo could deliver the definitive Smash Bros experience

Update: Meta Knight has been announced on August 13th.

Update: Shulk has been announced on August 29th.

The Super Smash Bros. is truly unique, wonderfully crafted and laced with an abundant amount of Nintendo’s rich history but once the roster reached 30 I began to get concerned and I started to wonder “how is Nintendo going to balance and properly tweak Smash with such a large cast of characters?”

To give you a better understanding, lets refresh your memory of the roster count in the last few Smash titles.

With what information that that is available so far about Smash Bros. for Wii U and Nintendo 3DS, I do find the roster far larger than I care for it to be. Melee (2001) had 25 playable characters, 26 if you count Zelda’s transformation of Sheik. It was wonderfully balanced and is still used in tournaments. When Super Smash Brawl arrived in 2008, the roster jumped to 39; a delight for those who were wanting a bigger roster, a nightmare for developers who wanted to create a balanced brawler of Nintendo elites. As great as a game Brawl was, it wasn’t nearly as balanced as Melee which left a few Smash veterans wanting. Currently, there are 36 fighters, not including the Miis and the female version of Robin. 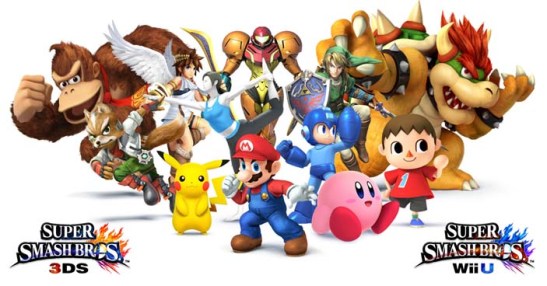 Naturally they will try to balance the game the best they can from the beginning before the game ships. But what about after? With the Nintendo Network, they could easily update it automatically. If they chose to, Nintendo could visually communicate with its fans and showing that they are listening to Smash players feedback, using it and making the appropriate adjustments. Doing that would help with any overlooked balance issues and improve the overall product as a whole. Of course with all those suggesting being sent, Nintendo would have to be selective and make sure they are worth altering with proper testing. If done correctly, we may finally get the definitive Smash Bros. experience that is equal to and may even surpass Melee. If all you ever play are the amazing things or are continuously disappointed, than where does it end? At least by doing this, you have a better chance at getting the definitive Smash Bros. experience. 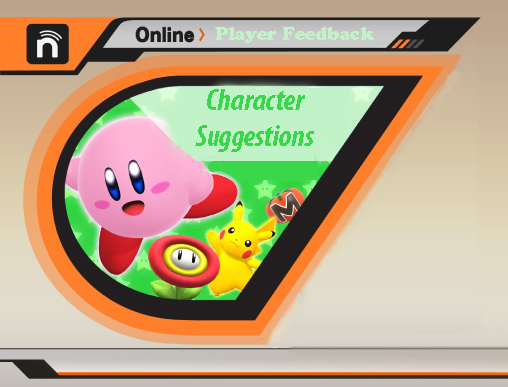 Making adjustments such as character speed, lengthening or removing a few frames of animation and the amount of damage a character causes can all tweaked with simple update. Nintendo could do this under the hood and not mention these adjustments all while no one would be the wiser. But it would be nice for Nintendo to create a small visual notification that informs Smash players what they were doing.

Given the amount of thought and care goes into the Smash series, such an idea would be a catalyst for players to suggest their opinions and ultimately tweak the game to near perfection. All it would take a proper user interface, a menu that’s well organizes, power, speed and a percent (25-75 percent) of what they believe it should be and is in such a way that descriptions of what it all means and organize it per character.

For example, if the vast majority of the gaming community felt that Mega Man’s down air attack, Hard Knuckle, was too weak and slow and should be adjusted by 25 percent. Gamers could easily voice their concerns directly to Nintendo and they could update the game accordingly .

To help reduce spamming, a player would need to play a certain amount of time for a given character and would be limited to how many suggestions they can send Nintendo at a given time. Once the category suggestion is sent, it’s grayed out and prevents the player from spamming the same suggestion over again until the new wave of tweaks has been filtered through the network and the game has been updated.

With each iteration that comes before it, imagination runs rampant around the world with excitement so thick that you could cut it with a hot knife. The internet is particularly vocal with fans posting their wishes of what they’d like to see in the upcoming editions and current ones. Creative minds post videos on YouTube and share their ideas and wants, hoping to influence and sway the opinions of the select few that watch their channel. By implementing such a feature would help Nintendo create an amazing Smash Bros. game.

For even more Smash Bros. perspectives , follow Gaming After Hours