UPDATE: Nintendo has told Eurogamer that the new 3DS and 3DS XL designs will not reach Europe until 2015.

UPDATE: Nintendo Japan released a few of the specs of the New 3DS models.

“Nintendo Co., Ltd. will launch “New Nintendo 3DS” and “New Nintendo 3DS XL” on October 11, 2014 in Japan, at the suggested retail prices of 16,000 yen and 18,800 yen (prices not including consumption tax), respectively. The systems will be the newest members of the Nintendo 3DS family, the sales of which in Japan alone are estimated to already top 16 million units to date.

The new C-Stick, ZL button and ZR button, which will enhance the play controls of the existing Nintendo 3DS hardware, have been added, and the new “Super-Stable 3D” function will provide players with an even more comfortable 3D gaming experience. Furthermore, the new “NFC feature” will enable the use of the “amiibo™” on Nintendo 3DS.

As for “New Nintendo 3DS,” the LCD screens are bigger than those of the existing Nintendo 3DS, and the exterior design of the hardware can be customized simply by exchanging the “Cover Plates,” which will be sold separately.

As for the overseas markets, our local subsidiaries will separately confirm. However, there will be no U.S. and European launches this calendar year. “ 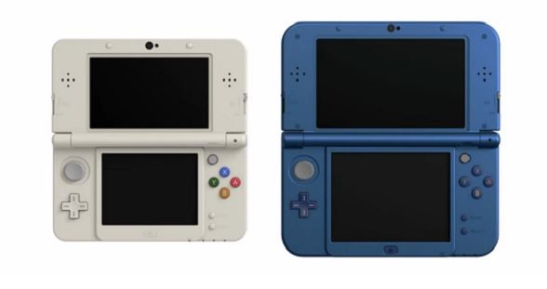 A new Nintendo 3DS model has been revealed during the Japanese Nintendo Direct.

This new model will include additional functionality and will feature a directional nub and trigger, along with NFC support. The 3D viewing angel has also been improved allowing for greater ranger and immersion when enabled. The new system will simple be called “New Nintendo 3DS”  and “New Nintendo 3DS XL”.

Both systems will be the same size as the previous models but the screens are slightly bigger but like mentioned before will include new functionality. It will have a micro USB card slot and an addition C-button nub, giving players dual analogue controls. The four face-buttons have different color buttons similar to the SNES buttons and appear to be moved slightly down in order to make room for the additional analogue controls. There is also additional shoulder buttons next to the current L and R buttons. Lastly, it will have NFC-technology built right into the device. It will so have changeable face-plates similar to mobile phones.

Interesting worth noting is that there is also new titles for the New 3DS that will only work on the this new model due to an increase in power with the CPU. This means that certain titles will only be playable on he the new model and will not work with previous Nintendo 3DS models. Older models however will not get a graphical boost from the added juice of the CPU.  They’ve announced a new Xenoblade Chronicles game for the New 3DS, and also revealed that it actually requires this new CPU to play. This is an odd move from Nintendo since this basically fractures part of its current install base. But for now, only time will how this will plan out. 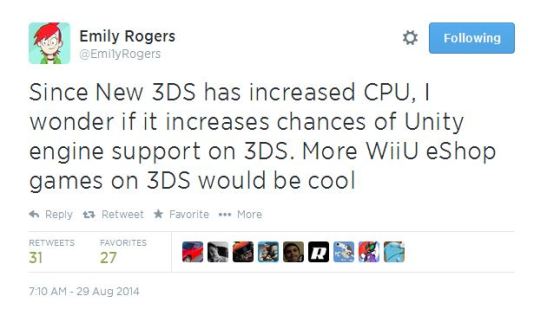 At this point there is no news when the new model will make its way off the shores of Japan and arrive to its neighboring countries. but it’s expected to be announced in the coming months.

Are you excited for the New 3DS models?

You can follow Gaming After Hours on these social networks