A Wow petition crafted with care; Blizzard is taking care of it! 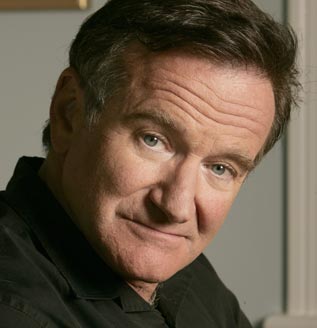 Many fans from around the world has signed a petition to get Blizzard to put the late Robin Williams in the game in some respectable fashion. Many gamers knew of Robin not only in his work in the cinema but also him being an avid gamer playing everything from Portal, Call of Duty and World of Warcraft. A petition was created to inform World of War Craft developer Blizzard about fans desire in memorialize his passing.

“…It was reported that Robin used to play on the Mannoroth server, and was something of a troll in trade on good days or when anonymity allowed. Mr.. Williams said in interviews that he took his World of Warcraft characters very serious – in fact he was well known for being an extreme PC builder who [preferred] to build his own overclocked and super-cooled systems. He often joked about his WoW addiction but also about the reactions he’d get from other gamers when he admits he plays the game. Because of his presence within our community, we the players of World of Warcraft are asking Blizzard to kindly create an NPC within the game that memorializes the actor/comedian. Many have expressed a wish to this character perform some of Williams best jokes within the Worlds End Tavern, so that he may continue making us smile long after his passing”

The petition asks for the Williams NPC to perform some of the actor’s best jokes, “so that he may continue making us smile long after his passing.”

Petitioners got their wish as the signature goal was shortly reached after its creation.Technical Game Designer, Chadd Nevigg responded in a tweet, “Yes. We’re taking care of it.” Robin Williams will appear as an NPC of some kind in the game.”

You can view the petition here.

Williams was found dead from suspected suicide yesterday morning at his Marin County home. He was 63.

“At times like these, we feel proud to be gamers.”

4 comments on “A Wow petition crafted with care; Blizzard is taking care of it!”